(you have never heard about)
Kukulkan and Quetzalcoatl

The World’s Greatest Love Story of Kukulkan and Quetzalcoatl is filled with magical and mystical events that occurred a thousand years ago. This true life story comes from the uncensored family records of Kukulkan (White Buffalo Calf Woman), Quetzalcoatl (Amaru), Jesus (Yeshua), Mary Magdalene (Mother Mary), Thoth Hermes Trismegistus (Viracocha), Seshat, Krishna (Kokopelli), Uloopi and others. We are now using these records to write a series of Chapter Books about this Super Enlightened couple who are our ancestors. See descriptions of each book below.

We provide three eBook file formats in your download to accommodate most users: EPUB; MOBI & PDF. Our eBooks are electronic files and cannot be returned for a refund. None of our eBooks can be printed.

Chapter 1 Book of this amazing biographical adventure series is filled with their awesome experiences that included levitation, ancient prophecies, working with crystals and fascinating details about the world’s oldest city, Tiahuanaco. Read how this Super Enlightened couple levitated to access the wisdom that is recorded in ancient crystal skulls. They fully enjoyed life and you can now read about their levitations, teachings and healings as well as how they resurrected the Ancinet Ones’ Love Energy Techniques. A thousand years ago, they fully explained the Mysteries of Life and the true history of humanity in their codices or books.

Learn the secret history of the real Stone of Destiny, about the creators of ancient crystal skulls, the builders of Stonehenge, how Quetzalcoatl led Knights Templar to the bible’s Ark, used an Ark’s map to find the Americas and with Kukulkan used the Ark’s crystals to access the Ancient Ones’ wisdom and Love Energy Techniques. Read fascinating details about Quetzalcoatl, a royal Scottish Warrior Senior High Priest and Kukulkan, a Mayan Senior High Priestess whose birth was prophesized 4,700 years ago. Experience their magical meeting prophesized by the builders of the Sphinx and their mystical marriage ceremony. 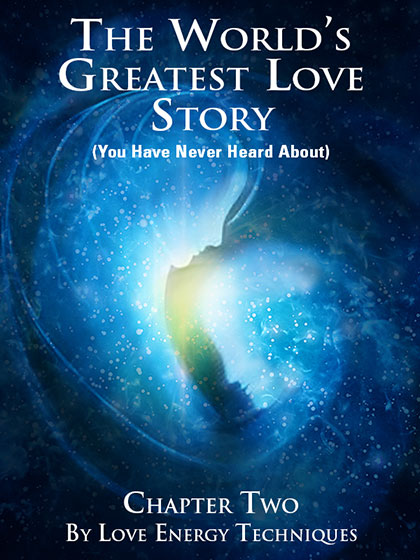 The many magical and mystical true life adventures about Kukulkan and Quetzalcoatl fulfilling a 3,700 year old prophecy. Read about actual historical events that prove truth is stranger than fiction, their prophesized meeting, their first kiss, their wedding ceremony and their honeymoon to the world’s oldest city.

Learn how 2 types of Extra Terrestrials live among us in earthly human physical bodies but have non earthly Energy Bodies. How 144,000 Service to Others Ancient Ones in Energy Bodies came to planet earth in 8000 BC from a distant solar system to help humanity. The bible as well as myths and legends describe these female and male individuals as “Sons of God”.

How very long ago billions of service to self individuals in non earthly Energy Bodies migrated here from 2 planets in this solar system and were given cloned temporary human ape physical bodies as is described in the world’s myths, legends and in the bible’s fake news story about Adam, Eve, Cain and Abel. The fake news bible says these ETs “led by Lucifer fell from heaven”.

Read the true history of the “Rosetta Stone of the Americas”, the “Gate to the Sun” and why December 21 2012 was important to humanity, the actual truth on how and why the worldwide Great Deluge or Flood occurred as the truth is far different than the bible’s fake news story about No-Ah’s ark. 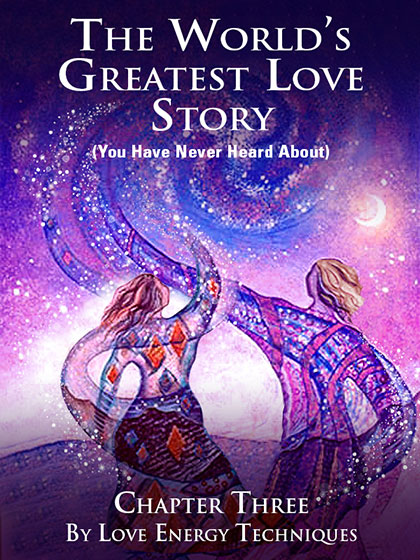 Chapter 3 Book contains Kukulkan and Quetzalcoatl’s magical and mystical honeymoon with their amazing adventures during Love Energy Ceremonies at Lake Titicaca and in the Puma Punku Temple Complex at the immense Ancient Ones’ statue, the Gateway to Mother Earth and their visions at the huge Viracocha statue. Read about their creation of the 5,126 year Mayan Calendar that is based upon astrological alignments as well as why it began in 3114 BC and ended on December 21, 2012 AD.

Learn the secrets of Mt Kailash, world’s most sacred mountain, how our universe was created and the legendary Battle of Lanka of bows, arrows and balls of everlasting fire against tanks and automatic weapons. Read how Hykos Hebrews rewrote history in their fake news bible, how the exiled half breed Pharaoh Akhenaten/Moses stole Egypt’s spiritual treasures, how the fake news bible’s code words helped Egyptian Gnostic Hebrews like Yeshua/Jesus and the Ancient Ones’ secrets about the 4th, 5th and 6th levels of Consciousness. 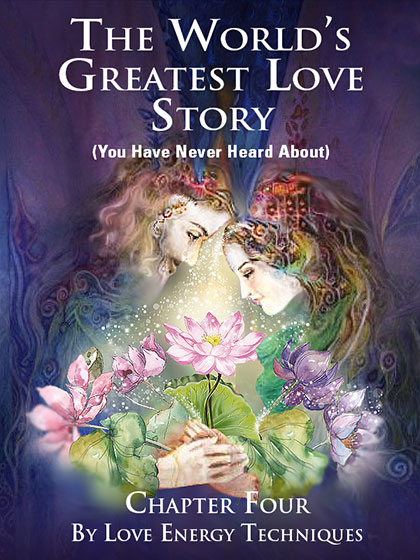 The 4th installment of this exciting series begins a new era for the World’s Greatest Love Story. Our two most senior volunteers decided while writing Book 4 that since our volunteers’ enlistment time is over that it is now time to release a vast amount of our lineage’s heretofore secret esoteric wisdom that previously was only given verbally in person to our lineage’s senior Enlightened volunteers. Our two most senior volunteers have now begun releasing our lineage’s highest level esoteric wisdom in Book 4 in order to awaken memories in unawakened members of the legendary 144,000.

In Book 4 you will read about many “Mysteries of Life”:

The truth behind the world’s confusing legends, especially those in the fake news filled Hykos Hebrew old testament: 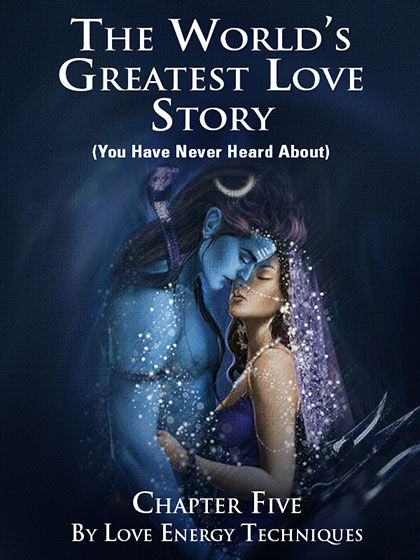 Chapter 5 Book contains amazing esoteric wisdom and true life adventures of our lineage’s Super Enlightened Couples. This book includes heretofore secret wisdom and information that was only shared with senior volunteers of our lineage until now. But, due to the pandemic, we are now offering Book 5’s wisdom and information to people around the world. This book’s true life adventures and experiences in multilevel Enlightened Consciousness include: 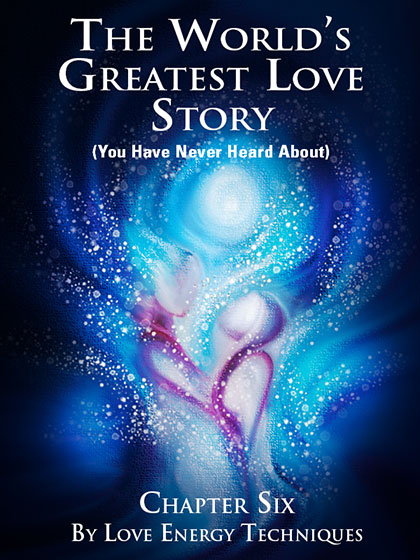 After the battle, as the wounded healed, Quetzalcoatl and Kukulkan performed each night a special Love Energy Ceremony with their six Crystal Skulls and two Sacred Artifacts of Gold. This ceremony enabled everyone in their entourage to receive vast amounts of esoteric wisdom and the truth about specific events in history while enjoying huge amounts of Healing and Consciousness Expanding Unconditional Love Energies.

The release of an immense amount of heretofore secret knowledge begins when Shiva becomes aware of Sati. Shiva, the first Son of God in our lineage is the only Individualized Consciousness in God’s Awareness to ever descend down from an 11th level Energy Body in God’s Awareness into the hell of reality.

Learn what it is like to be in God’s Awareness at the highest level of Consciousness in all of Creation and how, millions of years ago, Shiva in the center of God’s Awareness knew the exact moment that Sati was born into her first temporary physical body and received her Permanent Angelic 1st level Soul, Mind and Energy Body.

Read about Sati’s rapid evolution and how she used the Consciousness of her Solar Sun of God 7th level Energy Body to single handedly save humanity from extinction twice, the most recent being 12.000 years ago. After you learn the details of how Sati saved humanity twice using ways never before seen in any Creation Cycle you will be able to understand why Shiva, to be with Sat, descended down from God’s Awareness into the 3rd level of hell on planet earth.

They came here 10,000 years ago with 144,000 Unity Consciousness level senior volunteers to teach and be living examples of the Service to Others path in life. Shiva chose to descend into hell so together with Sati they could test a new method of Ascension to help Service to Others Individualized Consciousnesses living in temporary physical bodies on de-evolved planetary systems like Planet Earth where the majority of Individualized Consciousnesses have chosen the service to self path in life.

Chapter 6 has a huge amount of our lineage’s heretofore secret esoteric wisdom about the so called mysteries of life, like what causes the Consciousness of a solar sun to go nova, how binary solar systems are created by a Galactic Consciousness, details on how the nine levels of Heaven contain three levels of Duality Consciousness and six levels of Unity Consciousness, how misuse of technology caused the Asteroid Belt and resulted in humanity’s different color coded physical bodies and much more. 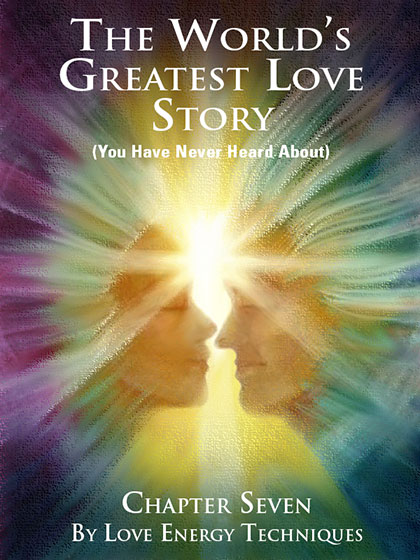 Chapter 7 is about Quetzalcoatl and Kukulkan’s African Adventures and continues the release of our lineage’s heretofore secret esoteric wisdom that began in Chapter 6. Learn about what scholars call the “Lost Years of Jesus” because of the complete lack of historical information on him as a youth due to the burning of documents in the Library of Alexandria by the Roman Emperor Constantine’s Christians in the 4th century.

Discover details about some of Yeshua’s (Jesus’) adventures as a youth in India and how he met, fell in love with and married Mary Magdalene in a special Egyptian Gnostic Love Energy Wedding Ceremony. Their honeymoon was a series of mystical, magical experiences, first in Egypt, and then in a secret cave with the “Ark of the Covenant” at a remote location as well as at Stonehenge in England.

Read Yeshua’s own words on how, as the “Son of God and “First Singer” in “God’s Awareness,” he started a new “Creation Cycle” with his first two songs that enabled the “One God” to become “Four Gods.” Then, he sang into existence the first universe using “The Word.” Learn how the thousand year old legend about the Ark of the Covenant being in Ethiopia is true for some of the Ark’s priceless treasures. Read historic details, including credible eyewitness reports, that describe how the Ark of the Covenant’s “Golden Rod of Levitation” has hung motionless in the air for a thousand years within an Egyptian Gnostic Monastery in Ethiopia. 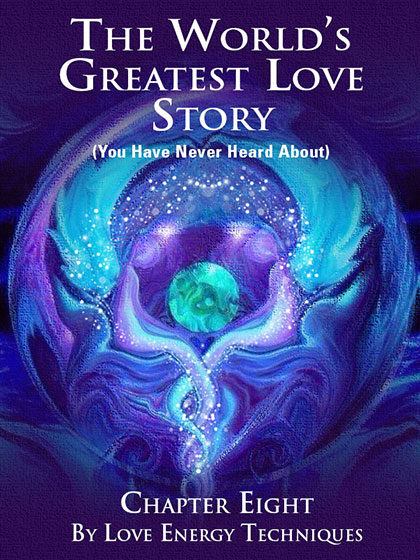 Enjoy Quetzalcoatl’s lecture on Creation with all of the details on how the first universe is created in a “Creation Cycle.” Learn precisely how the physical bodies and Consciousnesses of galaxies and solar systems are birthed into existence.

Discover the wonders contained in our lineage’s Love Energy Procreation Ceremony that resulted in Kukulkan’s and Quetzalcoatl’s Enlightened Infant Daughter’s Extra Sensory Perceptions and her abilities as a baby that included levitation and telekinesis. 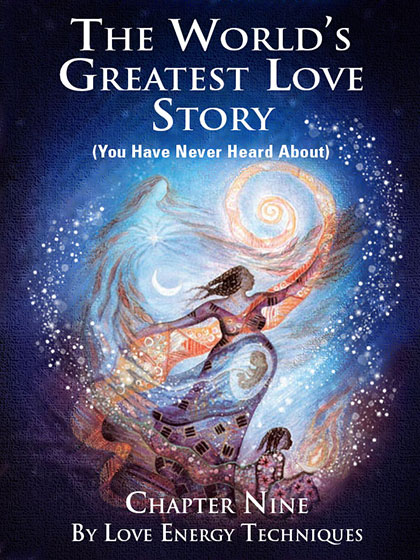 In Chapter 9, the true-life adventures of Quetzalcoatl and Kukulkan continue in North Amaruka, with Peacekeepers, Mound Builders, Algonquins and Iroquois. Discover the wonders of Monk’s Mound, the huge step pyramid where 100,000 Calokians gathered to celebrate its Love Energization Ceremony.

Learn where, why and how the 9th Super Enlightened Couple performed a 9 day Love Energy Procreation Ceremony on the June Solstice. Six months later, on December Solstice Kukulkan performed a Love Energy Ceremony by herself and spontaneously levitated high in the sky.

In a full body halo, under the “Northern Lights” she became known as “White Buffalo Calf Woman”. Three months later, on the March Equinox Kukulkan gives birth to their son while Quetzalcoatl is in Europe obtaining recognition of the Knights Templar.

Quetzalcoatl meets his son for the first time on the June Solstice. Then, in a Love Energy Ceremony, when the Super Enlightened Family levitates together their son’s mystical, magical experiences result in his receiving the name “Talks with Eagles”.

The Family prepares to return to Chichen Itza as a conflict escalates between the Reformed Mayan Church and the original Mayan Church. Kukulkan and Quetzalcoatl will be faced with a series of difficult decisions that will directly affect their lives, their children’s lives and all of humanity.