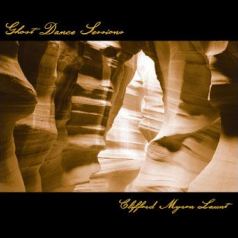 Each song on Ghost Dance Sessions is a Dance of Light. Dances of Light help one to establish and maintain their spiritual connection to Mother Father Creator God of All That Is. Each Dance is a powerful prayer. A method to enlightenment that combines music and movement with ancient mantras from 20,000 years ago, Dances of Light create a state of total synchronization within our human bodies.

Ancient Dances of Light were originally used by the 144,000 “First Men and Women” when humanity incarnated upon Lady Gaia, our Planet Earth. Dances of Light have been used by all spiritual warriors of humanity. The great Blue Race of Shiva and Krishna danced the Dances of Light, as did Ta-el and Ramtha, Jesus and the 108, and countless others throughout the millenniums.

Remnants of the original Dances of Light can be seen in the spiritual dances of all indigenous peoples, and are especially apparent in the dances of the Australian, Aboriginal, African, and Native American cultures. Ancient remnants of these dances are clearly the basis of Wovoka’s Native American “Ghost Dance.”

All songs contain the healing energies of God’s Unconditional Love and have been purposefully ordered in way to assist the listener to “Dance into Enlightenment.”

All songs on this CD were created in the flow of God’s Unconditional Love. They were neither preconceived nor rehearsed, but were generated spontaneously from the flow. This music was created and recorded in a sacred manner: at the beginning of every session each musician was given a spiritual energy healing and baptism. Next, a prayer was said to start the flow of energies and to make all participants pure conduits. One by one each musician was recorded, one track building on the next, until the energies stopped flowing. All that was done was in perfection, there were no mistakes. Each song was completed in one session.

As the music unfolds, let it carry you. Let the sounds we’ve created penetrate your being. Let the healing energies flow through you. Let go, and allow yourself to touch the sun.